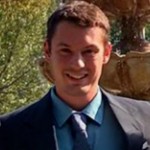 Justin Palmer is Founder and CEO of The Remote Firm

How does Groupon work?

Remember when we used to get coupon booklets in the mail? Groupon is the digital version of that. Groupon allows businesses to get more customers by providing discounts or special deals on their network. Groupon links deal seekers to businesses on their merchant network. If you are exploring ways to attract more customers, then you might be considering Groupon. Before you spend precious time creating an account, we will explain how Groupon works for businesses. Groupon works by allowing businesses to create a deal that gives customers a percentage off or something for free. Groupon takes a percentage of each sale that originates from their website by tracking the code.

This is steep since most companies do not have a huge margin to work with anyways. However, it is great since you only pay when you make a sale. There are three ways to work the steep 50% into your deal.

The first way is to bundle; by creating a bundle, you are splitting the discount among multiple products while at the same time selling more. An example would be; (Buy 3 mugs and a coffee machine… Get 30% off)

The second way is to make sure that your pricing leaves you with a high margin. Raising the original price and giving a larger discount is an old trick that works. People prefer a discount over a cheap product.

The third way is to view it as cheaper on-boarding. If you compare how much it cost to acquire a new customer; it may be cheaper or even cover the cost to just offer a good deal on Groupon. Compare how much it cost to acquire new customers via marketing and see if it might be cheaper to do a deal. Sometimes deals are better, as they also help you get reviews.

Creating a deal on Groupon.

Creating a deal on Groupon is very easy. Groupon has a great step by step form and plenty of templates to choose from. We made a guide on how to create a Groupon deal here. It is pretty simple. Just create your deal, update your information, set your pricing, and sign the agreement. Groupon also gives Merchants plenty of features that allow you to adjust and monitor your deals.

With each deal you can set your own terms and limits.

How Groupon works for customers.

Groupon allows users to search for discounts, deals, and specials. With Groupon you can just search for what you want or search in the area where you are and view the deals available. By creating an account, you can also have updates sent directly your inbox. It is really a great way to save on almost everything. If you want to save money, then I highly recommend taking advantage of Groupon. Groupon works for customers by giving them the specified deals if they purchase through Groupon.

Whether you are saving money (Which should be everybody) or you are looking for more customers; coupons are one of the oldest methods around and Groupon is the twenty first century version.

Groupon has a category for just about everything. Before you shop, you should check for a deal.

There are two main concerns that merchants have when considering Groupon.

The price and the quality of customers. Most people shy away from the 50% commission and worry that they are going to get “cheap” customers. In many cases the 50% might be to high, but in most cases you are able to make it work. If you will spend money on Ads, then why not spend a little on a deal for new customers? Do your homework and think strategically before creating a deal. As for the “cheap” customers… studies say that the vast majority prefer a deal over cheap products. If you aren’t using discounts and deals already… you are most likely missing out. Do you use deals in your business? If so; how have they worked for you?

Justin Palmer is Founder and CEO of The Remote Firm