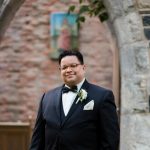 2020 has been one of the most volatile years on record. All thanks to the novel coronavirus, fears of the U.S. elections, wildfires, earthquakes, riots in the streets, economic disarray, a wild hurricane season, lockdowns … the list goes on. However, markets have perked back up in the final weeks of the year. All on news we may be nearing a desperately needed vaccine. The strong results from the Pfizer vaccine were better than most expected and means we could be opening back up sooner than expected. Coupled with an economy that continues to surprise to the upside (despite its occasional valleys) and the stock market is now pricing in the prospects of a much better economy in’21.

Industries to invest in:

Nothing seems to slow the electric vehicle manufacturing industry. NIO, for example. Months ago, NIO was on death’s door as a going concern. Now, it’s flying higher on exceptional demand and delivery numbers. In fact, since bottoming out in March, NIO stock is now up and could see new highs in the near-term. With solid monthly growth and earnings, coupled with higher demand for electric vehicles, I believe the NIO stock could bolt. I also expect to see further upside once its next delivery numbers are released. NIO delivered 5,055 vehicles in October, a new monthly record representing a strong 100.1% year-on-year growth. That followed September’s 4,708 vehicles delivered — a growth rate of just over 133% YoY. Expecting more record-breaking deliveries, I believe NIO could hit record highs in the foreseeable future.

At the same time, consider BioNTech (NASDAQ:BNTX). After all, the two are working on the same vaccine found to be 90% effective. BTNX just hit a recent high and could see record highs very soon on the vaccine excitement.

With the pandemic keeping ships at port, Carnival investors jumped ship – and fast. After all, companies weren’t allowed to sail, which was putting a massive debt in earnings, while raising the fear of bankruptcy. However, with Pfizer’s news of a vaccine, and pent-up demand from those stuck at home for far too long, cruise lines, like CCL could see more upside.

A Biden administration is likely a positive for solar stocks, pushing alternative energy names like SunPower higher. For one, under a new regime, the U.S. is likely to rejoin the Paris Climate accord. As well, he has laid out a $2 trillion clean energy infrastructure plan, with hopes for net zero emissions by 2050.

In addition, he has said he wants to upgrade four million buildings and two million homes over four years to meet new energy efficiency standards. Over the last few months, SPWR stock has made a run from a June low. Assuming the former vice president is sworn in as the 46th president on Jan. 20., I wouldn’t be shocked to see it rise.

As of recent, ALBERMARLE (traded as ALB) could head higher on the lithium boom for electric vehicle manufacturing. There’s only one thing standing between Tesla and world domination, the global supply of lithium. And that’s good news for lithium producers. Right now, the world mines roughly 400,000 tons of lithium a year, enough to power 2 million to 3 million electric vehicles, though only a third of that goes to EVs right now. That number will have to increase perhaps as much as tenfold to meet Musk’s goal, and that doesn’t take into account other automakers. 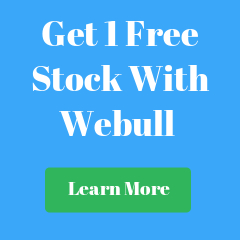